If you’re just getting started with cooking, it can be intimidating to read about the dozens of cooking methods out there. After all, there are thousands of years’ worth of variations in this ancient art — so how can you separate the essentials you need to know from the stuff you can master later? We hear you, and we’re here to help! These five everyday cooking categories form the foundation of becoming a well-rounded home chef. Learning them will help you feel in command whether you’re cooking on a stovetop, in an oven, or on a state-of-the-art WiFi pellet grill. What’s more, it’ll give you the tools to tackle a wide variety of recipes. So, without further ado, let’s check out the everyday cooking methods every cook needs to know! 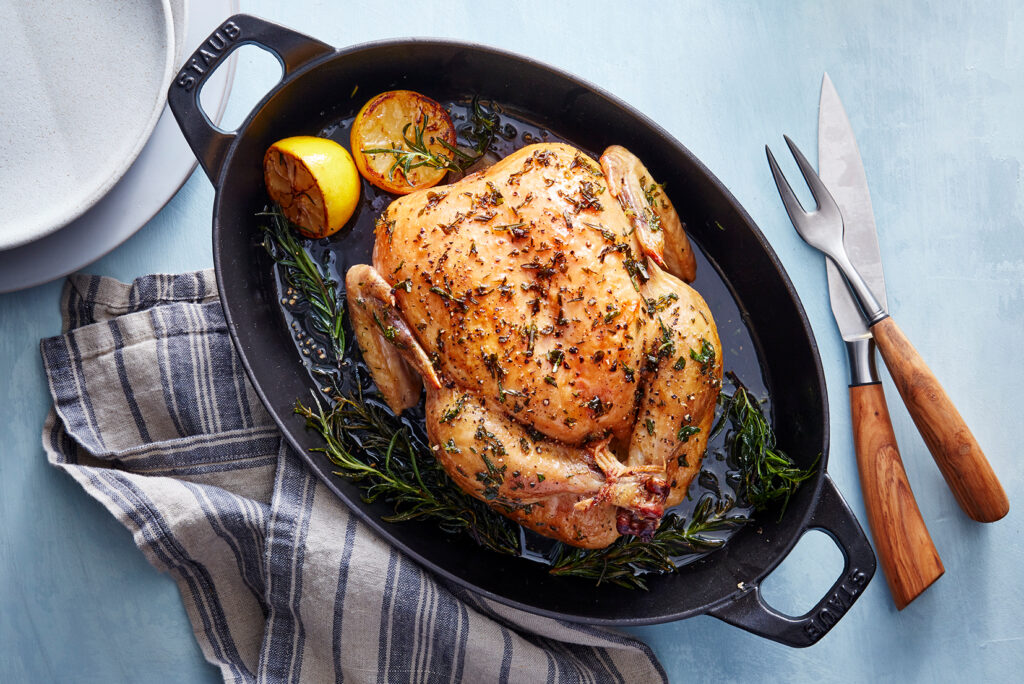 In older times, “roasting” meat food cooked over open flames. (That definition now is now closer to grilling, which we’ll discuss in a minute.) Now, roasting refers to food cooked in an oven at a relatively high heat, usually over 350ºF.

There’s a lot to love about roasting. It’s one of the most versatile cooking methods, and people use it to cook everything from veggies to poultry. Roasting also caramelizes the natural sugars in food, which produces a crispy, slightly browned texture and a rich, savory flavor. Even better, it’s generally considered one of the healthier cooking methods (although it can depend on how much oil you use.)

Finally, roasting is also one of the simplest cooking methods to execute — you really only need a roasting pan and some oil. Try getting started by roasting some veggies; asparagus, broccoli and carrots all take well to roasting. When you’re ready to move on to the meats, try roasting a pork loin or a whole chicken. It’s easier than you might expect! We’re grouping these two together because they use a similar (and very simple) principle: cooking food by heating water. Boiling requires bringing the water to 212ºF, where it starts to become vapor. Simmering is similar, but involves keeping the water at a lower temperature, where it can cook continuously for a long time without scorching.

Boiling and simmering are most often used as a part of other recipes rather than on their own. The most common use of boiling is to soften other foods, such as pasta or potatoes, before using them in a recipe. Simmering, meanwhile, is commonly used for cooking soups, stews and sauces. It’s useful because the release of vapor helps thicken the liquid and intensify the flavors, which is essential for many dishes.

These methods both use relatively small amounts of oil (or other fats like butter) to cook food in a pan over medium to high heat. The differences between the two are fairly subtle: Pan frying uses more oil and less heat, while sautéing is basically the reverse. Both are fast and simple cooking methods that any aspiring home chef should learn.

Once you’ve learned these methods, you’ll appreciate the key role they play in everything from making a tasty stir-fry to quickly whipping up a fresh veggie medley. As for healthfulness, both are somewhere in the middle: The oil does add calories, but not nearly as many as (for example) deep frying. Plus, it’s not hard to moderate the calorie gain (if desired) by using smaller amounts of oil and avoiding breaded foods. Grilling is our oldest and most elemental method of cooking. It encompasses a variety of cooking techniques, from charcoal grills to cast iron skillets, but all share the basic technique of using hot, fast, direct heat to cook your food. Although some grilling methods, such as cast iron skillet cooking, can be used indoors, most true grilling happens outside on a grill.

Grilling is also one of the most naturally flavorful cooking methods; there’s nothing like the taste of a proper cookout hot dog or a wood-fired chicken breast. That’s because of a phenomenon called the Maillard reaction, which is what creates the delicious brown crust on foods cooked on a grill. Grilling is also great for those who want maximum flavor with fewer calories since high-temperature grilling cooks some of the fat out of food.

Thanks to the huge variety of grill types on the market today, there are a multitude of ways to grill. Classic charcoal and gas grills are still tremendously popular, including new designs like the ceramic-lined, charcoal-burning kamado grill. Increasingly, however, high-tech options like WiFi pellet grills are popular for the huge variety of foods they can cook, including pellet grill recipes that offer an incredibly easy way to cook everything from breakfast to dessert. 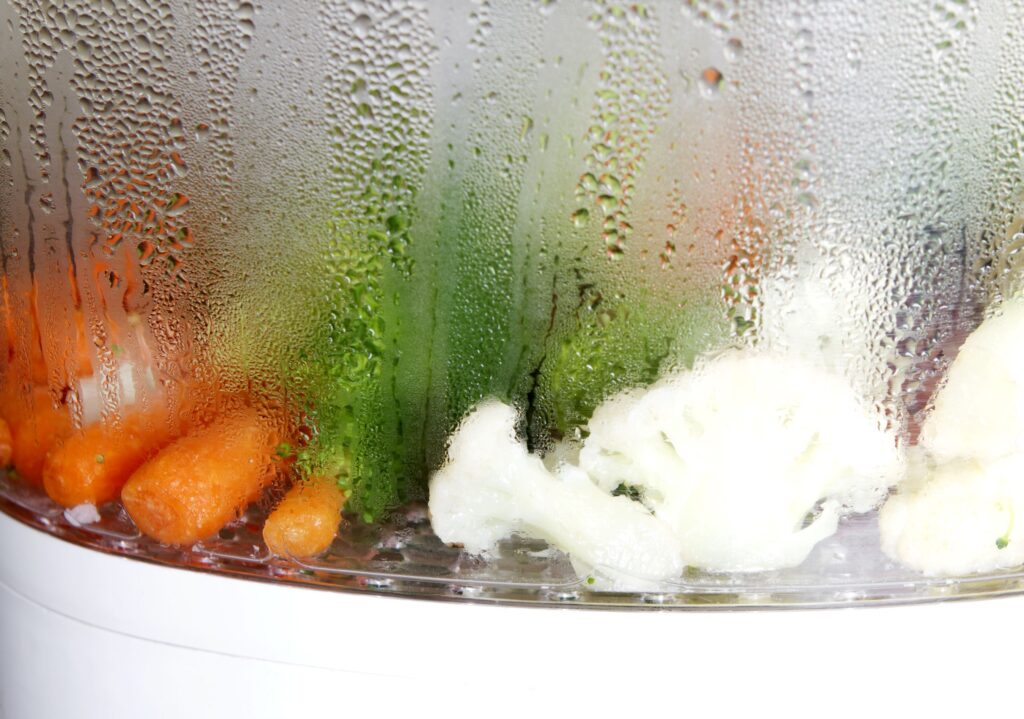 Steaming is a healthy and convenient method that uses the steam from boiling water to cook veggies and some other types of food. Traditional steaming uses a pot for the water and a covered metal basket that sits on top of the pot. The steam vapor from the boiling water cooks the food in the basket, producing a deliciously tender texture that’s especially good for veggies like broccoli.

Steaming is one of the healthiest cooking methods since it doesn’t add any fat or calories. It also requires minimal work; once you’ve set up your steamer, all you need to do is take it off in time, which is often in as little as three to five minutes. However, like any cooking method, steaming can be overdone, so it’s important to take your food off in time to avoid it coming out mushy.

Seasoning is especially crucial for steamed foods since this method doesn’t produce any flavor-generating effects like the Maillard reaction. Butter is a popular choice, and firmer cheeses like parmesan or feta can add a nice touch too. For a zippy touch of acidity, try adding a bit of lemon juice or vinaigrette dressing.