Seafood is a nutrient-rich food that can help boost your health in a variety of ways. One of the ways seafood can benefit your health is by providing you with omega-3 fatty acids. These fatty acids are important for overall health and can help to improve brain function and development, among other things. In addition to its nutrition benefits, seafood is also low in calories and filled with protein and vitamins. So why not make it a part of your diet at least once a week? You’ll be glad you did.

Why seafood is important There are many benefits to eating it on a regular basis, including reducing the risk of stroke, depression, Alzheimer’s disease, and other chronic conditions. Here are some of the specific benefits:

Fish can help reduce the risk of stroke. Eating fish regularly has been shown to lower the risk of stroke by up to 42%. This is likely because fish are a high-quality source of omega-3 fatty acids, which have been linked with reducing the risk of heart disease and other chronic conditions. In addition, fish contains antioxidant nutrients like selenium and vitamin E that can protect against oxidative damage to cells.

Fish can also help reduce the risk of depression. A study published in The Journal of Nutrition found that people who ate a diet high in omega-3s were 27% less likely to develop depression than those who ate a diet low in omega-3s. One reason for this link is that omega-3s play an important role in regulating brain chemicals like serotonin and norepinephrine.

Fish may also protect against Alzheimer’s disease. A study published in Neurology found that people who ate fish at least once a week had a reduced risk of developing Alzheimer’s disease compared to those who didn’t eat fish. Researchers believe that this may be due to the healthy fats and antioxidants found in fish, which may help prevent damage to nerve cells in the brain associated with Alzheimer’s disease.

Seafood is also a good source of protein. A 4-ounce serving of cooked fish contains about 30 grams of protein, which is about the same amount of protein as an eggs. This makes seafood a good choice for people who are looking to increase their protein intake.

In addition to these benefits, seafood is also a good source of vitamin B12, iron, zinc, and other important nutrients.

The health benefits of seafood

Are you looking for a delicious and healthy way to add some seafood to your diet? If so, consider eating seafood once a week. Gourmet seafood is available in many different varieties and can be prepared in many ways.

Most seafood is low in saturated fats and high in protein, which makes it a great option for those looking to maintain a healthy weight. It also contains important nutrients, including omega-3 fatty acids, vitamin A, and B vitamins.

A study published in the “Journal of Nutrition” found that eating this type of food at least once a week can reduce the risk of developing Alzheimer’s disease by as much as 45%. Omega-3 fatty acids play an important role in the prevention and treatment of Alzheimer’s disease, while vitamin A helps keep the brain healthy and functioning.

Seafood is also a good source of calcium, magnesium, and other minerals that are beneficial for overall health. In addition to being low in saturated fat, it is also packed with protein. This protein can help you feel fuller longer and support muscle growth.

What types of seafood should you eat? 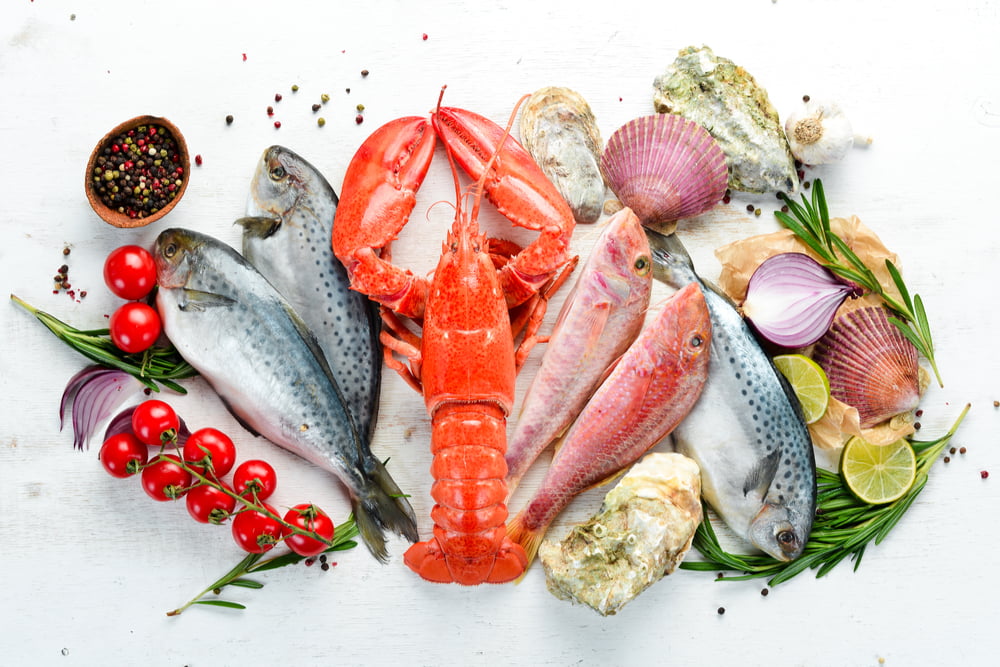 If you’re looking to increase your seafood intake and enjoy a variety of flavors, consider including some types of fish that are typically considered “ocean-fresh.” These include Albacore tuna (troll or pole-caught, from the US or British Columbia), salmon (wild-caught, Alaska), oysters (farmed) and sardines, Pacific (wild-caught).

While all four of these seafood options are high in omega-3 fatty acids, they also offer a variety of other nutrients and flavors that can’t be found in other types of meat. Try rainbow trout (farmed) for a slightly more sustainable option. In addition to being high in protein and omega-3s, these fish are also low in saturated fat and cholesterol.

What are the difficulties when eating seafood?

When it comes to seafood, quality is key. The main health risk associated with eating it is exposure to harmful bacteria from improper handling, storing, and cooking. While many dangerous bacterial strains exist, three of the most concerning are Salmonella (the leading cause of food poisoning), Listeria monocytogenes (a serious infection that can cause meningitis and even death), and hepatitis A (which can lead to liver failure).

To reduce your risk of experiencing any negative effects from seafood consumption, take these steps:

-Select high-quality seafood when possible. avoid shrimp, oysters, and other shellfish that have been exposed to environmental pollutants or chemicals.

-Avoid eating raw or undercooked seafood. The Centers for Disease Control and Prevention recommends cooking fish until its internal temperature reaches at least 145°F (63°C). Oysters should be steamed for 3 minutes or until opened. Shellfish should be cooked until they turn opaque in the center.

-Wash your hands thoroughly before and after preparing seafood dishes. This will help prevent you from spreading harmful bacteria to other foods or surfaces.

-Store seafood properly in the fridge if you are not going to use it immediately. Seafood should be wrapped tightly in plastic wrap or placed in a container with an airtight lid if stored in the fridge for less than two days.

What seafood should we avoid and why 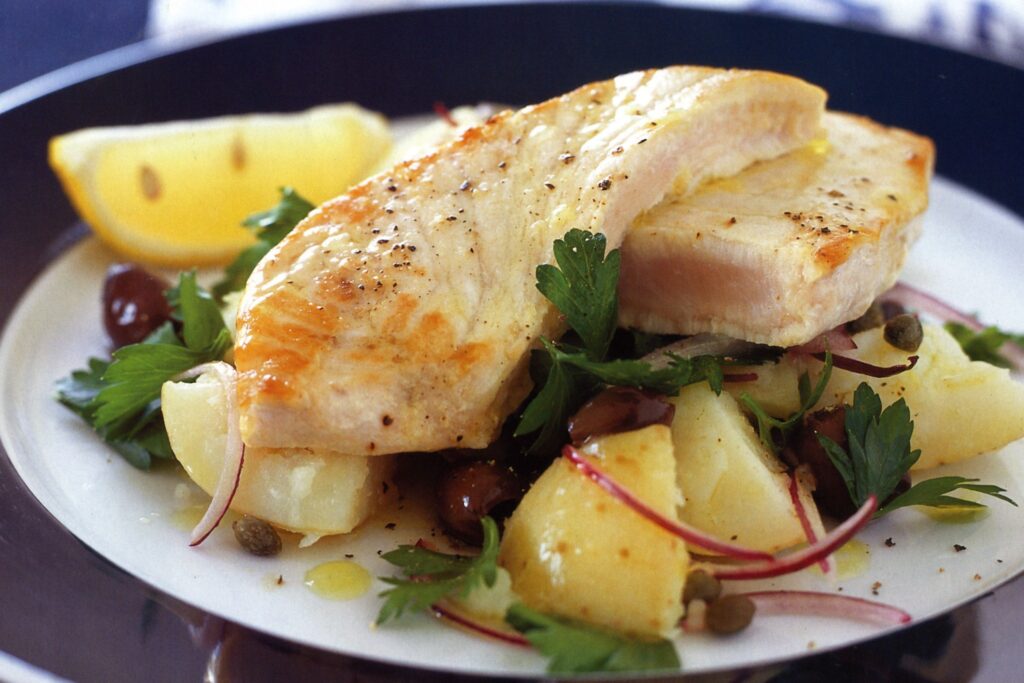 One type of seafood that merits special attention when it comes to Mercury levels is swordfish.

Swordfish contains elevated levels of mercury which can be harmful if consumed too often. Some studies show that there is a relationship between cordyceps and female fertility, which is why the Environmental Defense Fund recommends against it. The main concern with swordfish is the mercury in this fish. This large, predatory fish contains elevated levels of mercury that can cause serious health concerns for those who consume it on a regular basis. In particular, pregnant women and children are especially vulnerable to the negative effects of mercury exposure.

If you do choose to eat swordfish, make sure to limit your consumption to only once a month or less. Additionally, try to buy swordfish that has been wildcaught rather than farm-raised since farm-raised swordfish may contain higher levels of pollutants including mercury.

Seafood is one of the richest sources of protein and essential minerals, which are beneficial for overall health. Not only that, but it is also low in calories and fat, meaning it can help you maintain your weight loss goals. In fact, a study published in The Journal of Nutrition found that people who ate it at least once a week lost more weight and body fat than those who didn’t eat any of it at all. So if you’re looking to boost your health and lose some weight, consider adding seafood to your diet!