Herbs and spices are used in cooking to round off and complement the taste, color, and smell of what we like to eat. We can use them in dry or fresh form depending on the desired quantity, function, and availability. In addition to their culinary characteristics, they are also known for their beneficial effects on our health (they improve digestibility and absorption of nutrients as well as circulation, lower blood pressure and LDL cholesterol, reduce inflammatory processes, headaches, and pain, destroy various types of pathogenic microorganisms, support the work of the immune system, as well as the hormone insulin). In fact, people have been aware of these for centuries and did their best to combine them in different dishes to get the perfect taste and the beneficial health effect. But in this article, we’re not going to list all of them (as it would be impossible), but rather concentrate on one particular spice. It’s called turmeric.

There’s a good reason why turmeric is called a miracle herb. This flavorful spice gives curry its intense orange color and has been used medicinally in India for thousands of years. There are countless studies that confirm the health benefits of including it in your everyday life as well as its ability to improve the health of the body, especially the brain.

It is a perennial herbaceous plant from the ginger family that originates from South Asia.

It is mostly produced in India, China, and Indonesia, where you can get it fresh. It is usually used in powder form and should be stored in dark glass bottles so that it does not lose its color and aroma when exposed to light.

What makes it so special?

According to centertrt.org it main ingredient curcumin has strong antioxidant and anti-inflammatory effects. In addition, this is one of the most nutritious herbs. Mostly because it contains good amounts of protein, vitamin C, calcium, iron, dietary fiber, sodium, and about 24 calories in 1 tablespoon of its powder. It is also rich in vitamin B6, potassium, magnesium, and manganese.

Probably the most popular use of turmeric is in curry. It adds a brilliant taste, color, and fragrance that delights our senses and palates in curry dishes. With peppery, warm, bitter notes and a mild fragrance, turmeric has a lovely yellow color and comes from the root of the Curcuma longa plant, which has firm brown skin and deep orange flesh. In fact, if you’ve ever cooked with it, you know how intense its color is – because it stays on your hands (cupboards, plastic containers, and whatever it touches) very easily.

We could write about all the ways you can use it for days, but we want to tackle the question of whether or not you should use it every day, first.

Should you consume it daily? 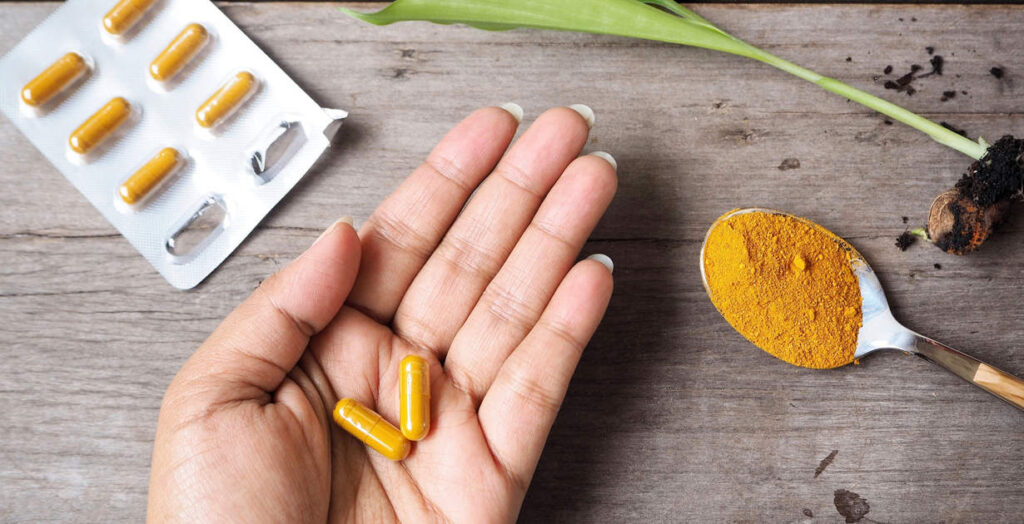 Generally speaking, if you use it as a spice, it is completely safe. That is unless you are allergic to it. Yes, just like it is with every other plant, it is possible to be allergic to it. You should also be cautious if you take it as a supplement. A lot of people do this, due to its beneficial effect, therefore make sure you consult a doctor first. It’s also important to keep in mind that it cannot be used as a medicine on its own, except as part of prevention.

There are also some states in which you should avoid consuming it. Its use is not advised for people who have problems with gallstones and stomach acid. Pregnant and lactating women should avoid it, as should diabetics – since it affects insulin and blood sugar levels.

If you consume large amounts every day, you may increase your risk of developing kidney stones. This is because it contains highly soluble oxalates. These oxalates bind to calcium and cause insoluble calcium oxalate, which is responsible for 75% of kidney stone problems. If there are predispositions (family history, recent diagnosis, etc.) to get kidney stones, it is best to avoid turmeric, or not to use it at all.

Aside from the above mentioned, are there any more side-effects?

It can cause side effects such as dizziness, nausea, diarrhea, and stomach pain, depending on the person who consumes it, and we’ve explained previously which groups of people should be cautious about consuming it. When you combine high amounts with black pepper, for example, you increase bioavailability by as much as 2000%. That’s the same as consuming 29 cups of it in a single day. This can cause high blood levels and alter DNA in vitro, experts point out.

Can I use just any spice, or should I go for organic? 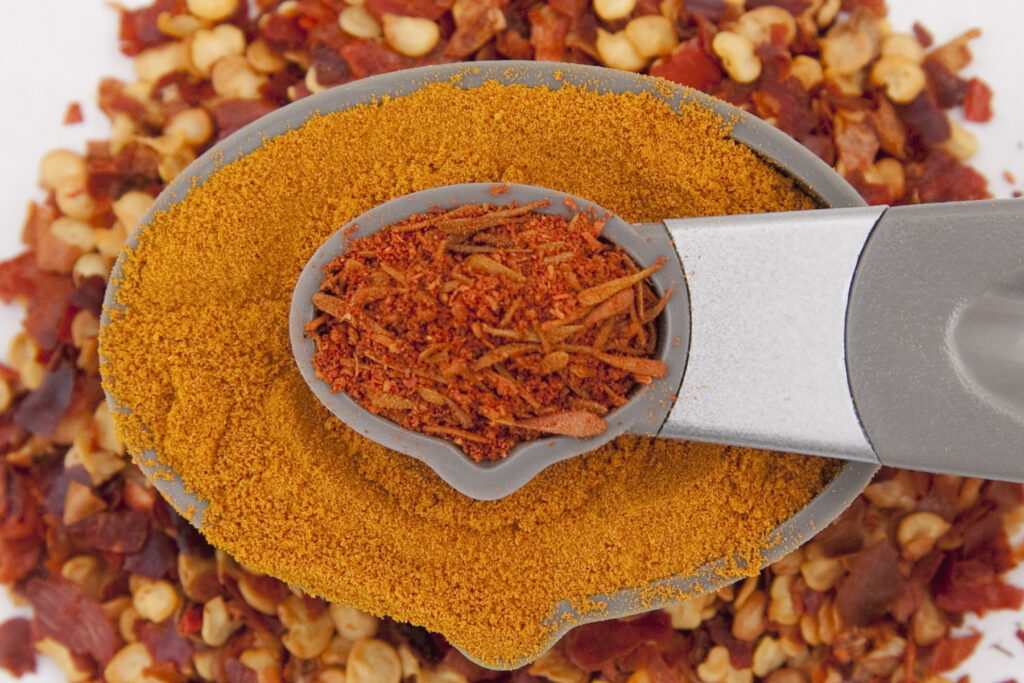 Aside from consuming the right one, you should also pay special attention to the origin of the spice. As they processed, they tend to pick up so many things and lose their beneficial factor. Organic spices are characterized by high-quality ingredients with exceptional aromas, colors, and textures. They contain a larger amount of volatile oils and retain freshness longer due to the methods of cultivation and production used. All raw materials undergo strict quality control, not only of organic cultivation but also of production technology up to packaging and transport.

Unlike organic, most conventional spices are subjected to the toxic action of various pesticides and herbicides during cultivation, as well as chemical additives that are added during the storage phase, in order to preserve freshness. They are also routinely exposed to ionizing radiation, which is used as a sterilization method. Conventional spices may also contain preservatives, flavor enhancers, or genetically modified ingredients.

Precisely because of the big difference in the quality of organic and conventional spices, it is important to choose those with an eco certificate if you want to use the therapeutic properties of natural spices.